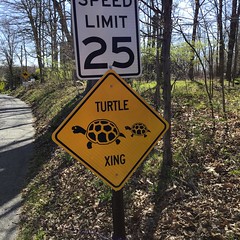 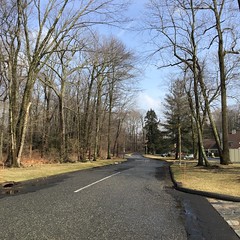 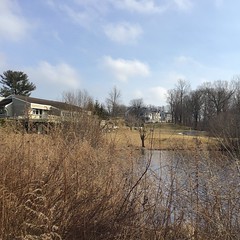 In 2000, I started a website to document the journey of my first-born who was born with autism.

I wanted to speak about the time before he was diagnosed, the time when he got diagnosed, what we did, how we reacted and what it meant for him.
I wanted to document his journey and mine at a time there was so little about autism and therapies for young children, especially in French.

I created a website and called it “Terouma“, which is the French spelling of a Hebrew word meaning « Gifts » or « Offerings » The meaning in Hebrew implies the idea of separation and elevation. Life had given our family a separate fate because of autism but it had also offered us an opportunity for incredible growth.

Hence the name Terouma or Terumah for that website.

Each week, everywhere in the world, the Jewish people read the same portion of the Torah, the Five Books of Moses in the Hebrew Bible. The Torah is divided into fifty-four portions that are called by the first relevant word of the text: this week we are reading the portion called Terumah.

In this portion, the Israelites are commanded to bring offerings to build the tabernacle, with a specific list of items that must be gifted to that purpose.

I have always been very fond of lists, all sorts of list. That list gives me joy each time I read it! I can feel the divine presence in each item, so precious, so special.

My son has so many rituals that mean something for him only, and he has not been able to share their meaning in a clear manner, but I look at them the same way I look at the list of items brought to build the mishkan, the holy tabernacle.

Each child is unique. Each story of autism is unique. What I have written in the past, what I write today, and might write in the future always reflect only my views.

Because of this extra-ordinary son with no intelligible words or explanation on his modus operandi, I am the one who had to build a special space, not only for him and his family but hopefully for others who might find our perspective inspiring.

I knew that sending my son away for a defining journey accross the world was going to be emotional: I was prepared. I was very proud that he had chosen to undertake the pilgrimage to his roots, and to travel through Central Europe prior to his first visit to the Land of Israel. This program, called “NFTY-Israel L’Dor V’Dor”, from generation to generation, is designed to introduce the teens to their heritage, most of them being descendants of Jews coming from this area, Czekoslovakia, Ukraina, Lithuania, Poland… Many of them, too, having heard of the many family members who perished in the Nazi atrocities that took place on the very land they were going to visit seventy years later.

They are discovering how rich the Jewish life was prior to be decimated. The remnants are powerful, and no one can measure on paper how much emotion they carry. Because human life is stronger than just a story, it has a soul and a way to attach itself into symbols, and into the passing of these symbols into the very same rituals that we observe today: you go far away from home, and some of the things you see, names, places, signs, are strangely familiar and known.

The teens went to visit the camps, Auschwitz-Birkenau. They grew. They understood something that has no words to describe the experience. Each of them is going to process differently and make what they felt their own in their own way. Some took pictures, some wrote poems and shared, some kept silent and will talk about it later, some will never say anything about it, but still, they are transformed by the experience anyways and they are grown from it, like having received sprinkles of a spiritual shower that has been particularly attached to that place, so that the seeds of life that were planted there for the wrong reasons – hatred, fear, prejudice – grew into love, support, understanding: life.

But, we Jews, have done that for centuries. We know how to pass stories that stay alive. I am thankful for my community, for my Jewish family to allow this adventure to go on for the better, for life. Whenever something difficult is ahead, we know we can face it and transform it into hope and growth.

To quote one of the groups’chaperones, Rosanne Selfon, “Forever changed, but forever Jewish”.

Those Teens were traveling with NFTY in Israel – an organization providing Summer Israel experiences for teens.

It may be true for the trees that are still standing after a storm. I do not know. I do understand this is meant to be figurative, not literal. I suppose that to go deeper, it takes some care of the ground, and nature should certainly be able to know better.

Unfortunately, man has a terrible habit of going against nature, building where it is not supposed to be built, and destroy some natural elements that would contribute to let nature follow this rule of growth and lesson for the better.

I am witnessing storms in and storms out, and I am not entirely optimistic that it is teaching the proper way always. I see the majority go to hasty conclusions too often, rather than working on consolidating the roots, by going back to them and making sure they are grounded and nourished the proper way.

It takes time to prepare for a storm, and that is what makes a deeper grounding of the roots. But the rat race is still on for many of us, and the time to be prepared is not taken. Dealing with crisis all the time is not the proper way to acknowledge that storms happen: they seem to hit where the trees have not grown yet, and where the volatile is the rule of the land.  I would like to be wrong and less cynical. I would like to believe that Dolly Parton is right, and I would love to agree with her. It is a very soothing and inspiring thought. Because it is beautiful, it does not really need to be true. It matters that it brings a good feel to the story.