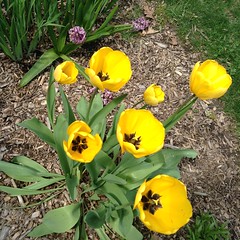 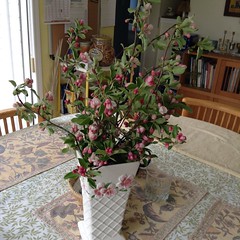 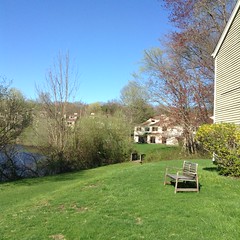 See on Scoop.it – US Politics – Foreign and Interior – Since Obama Re-Election 2012

As a “white ally”, I believe you have to read this excellent piece by Janee Woods on the issues at stake following what is happening in Ferguson, MO

As we all know by now, Michael Brown, an unarmed black teenage boy, was gunned down by the police while walking to his grandmother’s house in the middle of the afternoon. For the past few days my Facebook newsfeed has been full of stories about the incidents unfolding in Ferguson, Missouri.

But then I realized something.

For the first couple of days, almost all of the status updates expressing anger and grief about yet another extrajudicial killing of an unarmed black boy, the news articles about the militarized police altercations with community members and the horrifying pictures of his dead body on the city concrete were posted by people of color. Outpourings of rage and demands for justice were voiced by black people, Latinos, Asian Americans, Arab American Muslims. But posts by white people were few at first and those that I saw were posted mostly by my white activist or…

The Did You Knows of #Autism #Parenting: Stress Levels

When sorrow strikes, it knows how to hurt.
It can also bring words to spring you into doing something to make the hurt be useful.

As I am carefully choosing some words to share publicly here, a family is getting ready to bury their son, their brother, their grandson, their cousin, their nephew, their friend, and to face the awful reality to go on living without him forever.

I have known the mother who is going to have to do this today for many years online, as she was one of the first rabbis I encountered when I started blogging and when I was later trying to get our own rabbi to give it a try. She is known as @imabima on Twitter and Rabbi Phyllis Sommer. When she received the devastating news that her second child, in June 2012, had leukemia, she started chronicling the difficult journey until the unfathomable moment “Superman Sam” died on Saturday morning.

There is so little I can do when I am “just” an online friend, when the country is wide and the distances long, to accompany the family in this most painful day. So I choose to let my own followers know about the story, if they have never heard about it yet, and if they have already I remind them how I care about it, and how it hurts to have yet another tragedy to share.

If you do not know the Sommer family, you can get to read what has been shared and how Sam made an amazing impact of thousands and thousands now of readers. And if he has been able to do so via the power of social media, you can only imagine how much more impact his life of eight years must have had on those who held him in their embrace. This is a terrible loss, but his legacy and his memory will be for a blessing always if we continue doing something in remembering him.

His mother will shave her head on March 31, 2014 as part of a fundraiser for the St. Baldrick’s Foundation for pediatric cancer research, launched by #36rabbis and now followed by others. If you are compelled by the story and do not know what to say, just donate something to any of these brave and positive people who want to raise awareness as well as incredibly needed funds for research. So that we don’t have to keep telling you about those wonderful children who touched our lives and left us crying their loss.

I donated to the #RabbisInTheBackRow, because this is where I would sit if I was present in the room, and also because those with less hair should also see big dollars on their donation pledge. I can’t shave, and I am not a rabbi, but I can write and call you to action, a small one can have such a ripple effect indeed.

See on Scoop.it – The impact of social media in emergencies 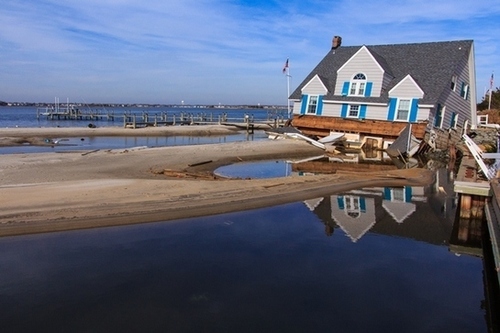 Government agencies and others turned to online technologies to communicate with the public like never before.

Impressive data on use of social media during Sandy.

Social media today is not about the tools, but the technology and behavior — virtual collaboration, information sharing and grass-roots engagement — that transforms monologues into dialogues.

Are you using this new features? What do you think of it? Will it change your ways to use the platform? Did you know about it? I am curious.

When social media fails you

I just went through the biggest shame with my use of my social networks.
I am being careful, especially on Facebook, to have groups, so that I can easily see updates from close friends instead of just being negligentely browsing updates that pop in my stream – I am not using Facebook so that it gives me all social media broadcasts that I can see on Twitter for instance… but many of my friends chose to broadcast – probably automatically – to all their networks, and I confess, I get distracted from that primary intention.

A friend and neighbor in my town, whose sister had suddenly been sick with brain cancer last March was using her Facebook status to update on her sister’s condition and fight against the tumor. There were weeks without updates sometimes. And more recently, some alarming updates, not spelling out a dreaded outcome, but clear enough for me to pay more attention, and try to keep my prayers and thoughts as active as possible.

Not active enough were my thoughts of checking the updates daily. I checked on Wednesday for the last time, and then never caught the passing stream with my friend’s appearing in, while I would stroll in the flood. And Thursday morning, she posted that her sister had passed. I was available to go to services, I was available to go to the funeral and to the cemetary. I just didn’t see the announcement. Until today when I caught a recent update with a picture that immediately alerted me to what I had missed.

Of course I feel guilty. Guilty of what we all do on our shiny walls and love for the excitement of social networks. We have many friends, but do we hear when they tell us something that we need to hear? I will not tell my friend that I feel guilty, because I feel mostly sad that I failed showing up, even for a brief farewell and extending my condolences, in a different way than a comment below a picture, a letter in the mailbox and a basket of fruit – I am not even sure they are at their home or at their siblings’ and because of my own guilt calling on the phone won’t do me any good, because it is not about me, it is about their bereavement, and they have other things to care about than the guilt of a lame friend on facebook.

This will serve me as a lesson. A lesson in my usage of social network, which I pride myself in being using properly enough to teach others how to do so.

Remember why you friend someone on facebook. And if you are among those that make a lot of noise too.

Curation allows to find gems or otherwise interesting articles in a field I am always keen to find ideas or opinions about.

In these days and age when we tend to live in the immediacy of the newsfeed, this is extremely valuable in my eyes.

I remember when I started to be an internet active user, back in those times when we were not even speaking of web.01, let alone interactivy: that was when I became an editor for the dmoz on a topic I knew all too well: autism. I chose to bring the French page to an acceptable level, and managed to painstakly increase the number of relevant links from 4 to nearly 100.

The updating process on the interface was so time consuming, I let others finally do the work (which I suspect didn’t take off, as still my “old” links are there, and not so updated after more than seven years!).

Today, we are not looking at the web in the same way. Looking for good resources is so immediately satisfied by search engines. But in the same token, our thirst for particular topics has also increased tremendously, and it is difficult to find the time to constantly keep on top of what is published.

Thanks to curation, it has become possible to find those who are passionate about a topic, and trust them to bring us very interesting finds, because their watch is accurate and it has become less time consuming to publish and share the results of what we see and appreciate.

I am exploring those tools and enjoying them:

What tools are you using?

This morning, as I was learning that an estimated 89 percent of emails were spam related in the year 2010 @PurpleCar was posting this on her twitter stream:

spammer alert: 2 new followers’ bio say “I am new to internet marketing and social media” Look at this: http://yfrog.com/h3y85lzj

I have been blogging for nearly five years now, which in this day and age is like a generation. When I started blogging, early adopters (those who had started using blog platforms as soon as they became available) where already two, three or four years old, and you were looking at them with respect and awe. And I am mentioning these numbers because at the time I was blogging only in French, and the French blogosphere started much later than in the anglophone world.

Bloggers build their reputation around their online presence: they start with a personal style and this will attract or deter their readers, but this personality is their major asset. Those who chose to copy/paste or follow guidelines from how to’s without adding any spice of their own are doomed to fade in the ocean of the copycats all over the place.

You need to tell your own story, not the story of someone else who you have seen succeed and you want to copy because you believe it has a magic touch!

Your reputation will build if you are actively engaged with the others. You may be a silent reader of other blogs for instance, it will in the end feel like you are in a ballroom sitting on the side sofa and watching the others dance, and wondering why noone ever talks to you. Well, at a certain point, you have to dance too.

It is very easy to forget that online everything is not allowed. You can’t scream or be obnoxious, unless people actually know that you are playing a role when you scream and are obnoxious – some very successful bloggers have built their reputation on that quirk, but they have shown their true colors somewhere in their actions.

And remember, your online life is not very far from your carbon life: think about how you would build your reputation in your own community, in your town, in your congregation. Well, online, it is exactly the same: be engaged, be a good citizen, abiding by the law and taxpayer, give back and pay forward, that’s how you will build your good name.

One Day at a Time
Create a free website or blog at WordPress.com.