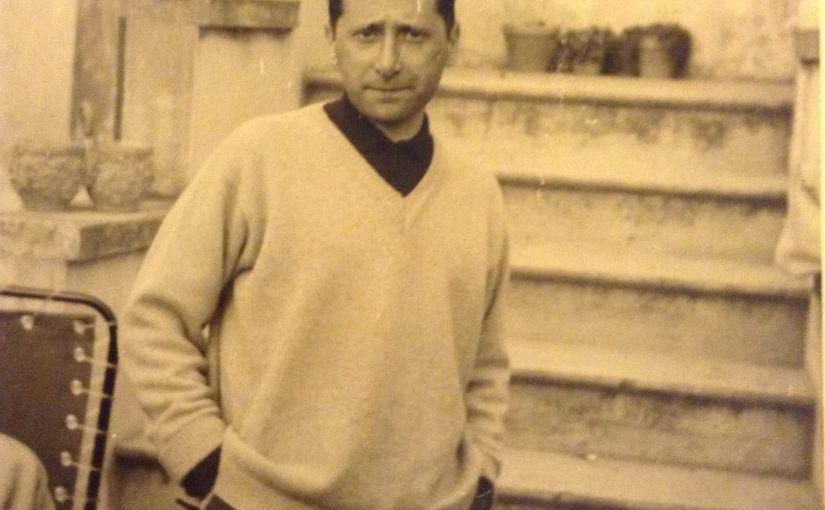 Today is my father’s yahrzeit ~ the anniversary of his death on the Hebrew calendar. Tradition has it that you light a special candle that will burn for twenty-four hours. Since the Hebrew day starts at sundown, I lit a Yahrzeit candle after Shabbat yesterday evening and it has been glowing all night long. 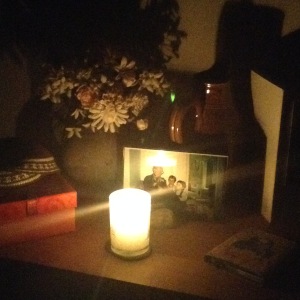 Then, this morning I went to shul (the synagogue) to recite the Mourners Kaddish with the congregation during the morning service.

Since it was the first year after my father’s passing, I had been going daily to recite Kaddish for exactly eleven months, as is the tradition. This religious ritual is set up as a way to “elevate the soul” of the departed, when you are a strong believer, and it actually acts as an amazing source of help in the mourning process.

For each time I was setting myself to go to recite Kaddish, every evening was taking the time of a personal journey, an island in my daily chores and obligation, during which I was allowed to be thinking only about my loss and how I was processing it. Some days were easier, others not so much. Grief goes and comes, and seems to have no real rime or reason. It took me many weeks, even months before I could actually shed uncontrollable tears, tears of sadness but also tears of relief.

During this entire year, several of my friends lost their parent, sometimes even both parents because this is a natural time in my generation. Some other tragedies happened when I had to feel the pain of the loss that was befalling on people I knew. And a month ago, our congregation lost our beloved Cantor very unexpectedly. The period of mourning ended at the very same time as my personal period of mourning for my father.

Tonight, I will not be a mourner anymore for at least the time being. I will step up in the next stage and I know that it does not make the grief and sadness, and pain of the loss go away. There is nothing mechanical to it. It is just that from now on, it won’t be the first time without my father, not anymore the first time I am waiting for Spring, not anymore the first time this or that is happening and I cannot talk about it with him. No more a new date that he has not shared with us. Soon my mother who was younger will be older than him. Soon sharing his grandchildren’s success will be without his commenting on the accomplishment because they now have taken roads he has never known they were taking.

My father was born in 1926, in Paris France. His parents were divorced in 1929 which was a rare thing at the time, that a woman would have to raise a child as a divorcee and have to work. So her mother helped raising him, and he grew up as an only child with the two women.

and was friend with B. Hirsch (who became the famous urbanist who built the town of Cergy-Pontoise) and was a classmate of V. Giscard d’Estaing (who became President of France in 1974 ~ but they were not friends). His childhood friends remained close until very late in their lives, even after their death and he kept mementos that we found after he passed that showed how important their friendships had been, like articles in newspapers when controversies tainted the reputation of said friends, as it had been the case with his very close friend Alain Bombard.

After the invasion of France and the signed armistice of 1940 that marked the beginning of Nazi occupation, he found refuge in a small town south west near Rambouillet, then in Brittany and then returned to occupied Paris until 1942, when it became mandatory to wear the infamous yellow star. His mother, who had been banned from her work as a Jew, had him leave and cross the occupied line in May 1942, while she stayed behind, as she was taking care of the Jewish community as a social worker.

His grandmother died that summer, some time after he passed the first part of the Baccalaureat. 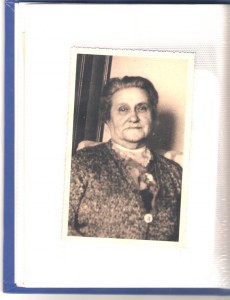 He then spent several months going from one place to another, sometimes by bike with his cousins who were blacklisted on the Gestapo lists, so it was too dangerous to travel otherwise. He boarded a high school for his senior year in Briançon, where a life long friendship was born with Michel Couetoux. 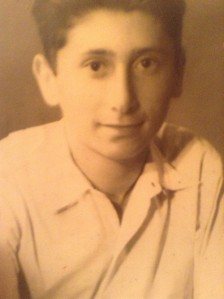 Around Easter time in 1943, he sneaked into occupied zone with falsified papers to go see his mom and went back to Briançon to take the Baccalaureat exams.  He graduated in June that year. In July, his mother was arrested, and eventually taken to Drancy. She was deported beginning September to Auschwitz where she was assassinated. At that time, the fate of the deported was not known to those who were left behind. My father started his higher education while still going from places to others as they were getting occupied by the Nazis and they were fleeing from them.

He was living most of the time with his older numerous cousins, who were actively engaged in resistance. In 1944, some of these cousins were arrested and deported, like Ginette Salomon. My father was studying and also working to make ends meet. Food was scarce and he was not very big.  In the end of August 1944, Paris was liberated and in October he returned with his cousins to their home. Everyone managed to dissuade him from entering the Free France Forces so that he could be ready to welcome his mother’s return from deportation.

He started studying to become an Engineer in electricity.

The year 1945 was spent waiting for his mom to return after the camps were liberated. They learned about Ginette’s death three days after the Soviets liberated her camp. And eventually they learned of his mother’s death, as well as the other cousins Germaine and Georges Salomon.

The head of the family became the elder cousin, who was in her twenties.

My father graduated from the Engineering School in 1947 and went to post-grad school Sup-Elec. He also started to teach electrotechnics in an all female post high school, teaching what he had basically just learned and mastered right before he had to deliver the class but would love the experience and gain skills that he would use all his professional life long, as a very pedagogical manager.

His father died in 1950. They had been mostly estranged until he found out that he was sick and dying and he took care of him. He stayed friend with his brother and other family members on that side of his family, but his close family was all on the maternal side mostly.

He started working as an engineer at Alsthom in November 1950. He traveled very frequently. In 1953 he met my mom, they did not date because she told him she was studying for an exam to become a professor and he said OK. She regretted it and pursued him later in November. They got engaged in March 1954 and married in July. My older brother was born in June 1955 and I came in 1958, nine months after one of his return from a long-distance trip to China. My younger brother was born in 1960. My parents remained in love until the last day ~ that is for sixty full years. 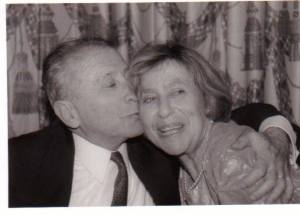 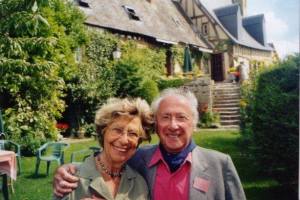 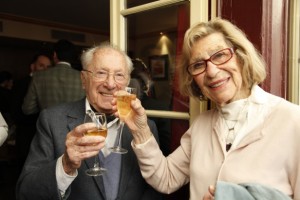 My father was the most faithful to his ideas. Family came first, loyalty was paramount to everything he was undertaking and honesty guided him always. His love for his wife came above everything, and he would be ruthless when he had to take her defense. Stories about this would take many more blogposts.

He was never very strong physically, mostly because of having been malnourished during his teenage years during wartime. He also suffered from back problems pretty often until 1980. After a bout with hypertension a heart anomaly was discovered in 1981: I called him the “man with a broken heart” after he died, as his mother’s deportation left him with this hole that only his wife’s love was able to console. He then found in the physical traits of his daughter (me) the resemblance that made him remember my lost grandmother Thérèse.

His entire career took place in the same big corporate. After succeeding at being an engineer (he was said to have “built” the TGV, the very high speed train, but that was a team work of course), he became a manager of a plant and remained at the C level until his retirement in 1989. During his career, he traveled to the USSR, China, Mexico, the USA, Canada, Argentina, Brazil and of course all over Europe. He taught and supervised council at his grad school until retirement.

He was passionate about politics and history. He loved following the news and commenting. He was reading the newspaper and playing crosswords. His personal library contained hundreds and hundreds of biographies and books about historical periods. He kept repairing electricity with very basic tools, his favorite being a broken match, that according to him could fix any mechanical issue. The state of his home office was an ocean of cables and screens after he retired, but under the apparent mess, his organization was stellar because everything had been carefully thought and rationally probed.

He would never take a decision without consulting people who might be involved in the consequence of such decision. His sense of fairness was extreme and even when his plant workers went on strike to claim for better wages, his huge popularity as a manager was palpable. He turned out to be an excellent negotiator and social justice was extremely important to him. At the family table, discussions were not only allowed but encouraged: we learned politics as children and how to disagree while being true to ourselves.

After I started living far away, we would still talk every day, emailing back and forth. I would be discussing politics from a new point of view and we would still enjoy having very different opinions, especially about religion. He started developing a very particular friendship with my youngest son through their shared love of strategy games. He taught him many tricks when he was 10 or so.

The memories are now just that, memories that I want to keep and remember with words and images and stories that we talk about daily with my mom on the phone. They will not replace the smile and embrace, the sound of his voice and how he would frown or beam. But they are what I have to cherish now and forever. 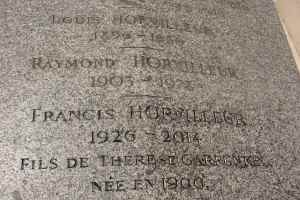 3 thoughts on “Today is my father’s Yahrzeit”